This famous quotation from the French philosopher and writer is still relevant today!

Danem People is an independent recruitment and HR consultancy firm specialising in the fields of Engineering and IT & Digital. Our growth year after year since our creation has given us good stability and growing credibility in the market of specialised recruitment agencies.

This allows us to expand our range of recruitment and HR consulting services for companies and candidates throughout UK. We opened a local office in Cardiff (UK) a few years ago and we are also in Geneva (Switzerland) in order to better support our clients and candidates internationally.

Our main objective: to be a serious, committed and transparent partner for both our clients and our candidates.

A qualitative approach is systematically adopted throughout the recruitment process. We support "Startups, SMEs & Large Groups" companies in their recruitment of technical and "executive and managerial engineers" profiles throughout UK and internationally, depending on the missions entrusted to us. 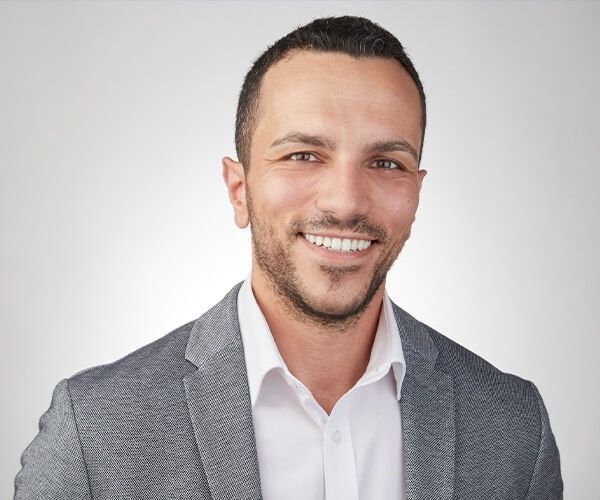 He worked for 13 years in the development and management of technical-sales activities in France and abroad. He started his career in the German group Siemens Industries as International Business Manager for the "Metals Technologies" division, whose French headquarters were based between Lyon and Saint Etienne.

After the economic crisis of 2008, he moved to the United Kingdom to join the SME "Fields Group", Europe's leading provider of data recovery, security and conversion services.

After holding the position of Account Manager France, he was promoted to Sales Manager Europe with the task of recruiting, training and managing a team of 8 sales managers covering France, Spain, Italy, Germany and Portugal.

Wishing to return to the industrial sector, he joined the British group "Elektron Technology", manufacturer of electronic components, as Sales Director for France and Sales Manager for Southern Europe.

After a few years of service he was hired by the American group Eaton corporation to integrate the "Life Safety" division which is the world leader in fire detection systems. He holds the position of International Key Account Manager for Europe, Middle East, Africa and Asia.

He then joined the American company Hytorc Corporation (world leader in industrial clamping systems for installation and maintenance operations for nuclear power plants, oil platforms and wind farms) as Key Account Director for France. In order to manage and develop relations between the Hytorc group and key accounts such as EDF France, Airbus, Schlumberger, ITER.

The main objective was to design and market "made-to-measure" industrial clamping tools in order to better meet the constraints of engineering and maintenance operations on the following sites :

The creation of the "Danem People" recruitment agency specialising in "Engineering and IT & Digital" was the result of 5 years of preparation.

Over the course of his career he has approached a number of recruitment agencies in France and abroad to help him recruit new employees for permanent engineering and IT consulting positions.

He was often confronted with the lack of contextualised knowledge that recruitment agencies had on the market compared to general theoretical knowledge. This often created a significant gap between the expectations of the company and the applications on offer. Non-technical soft skills and life skills were often underestimated or even not analysed.

Karim has always had a strong attraction for human resources, he was able to discover this discipline during his higher education. And in the field during his professional experiences related to the recruitment and management of "technical" personnel in France and abroad.

In order to improve his skills in the field of recruitment, he decided to train as a "Recruitment Consultant" by passing the "CertRP" qualification delivered by the British training organisation REC "Recruitment Employment Confederation".

Today he leads the team of consultants and recruitment officers, he also acts as a headhunter for the engineering professions in France and abroad.

Perseverant and detail-oriented, he also thinks through the entire recruitment process and works constantly on improving client and candidate services. 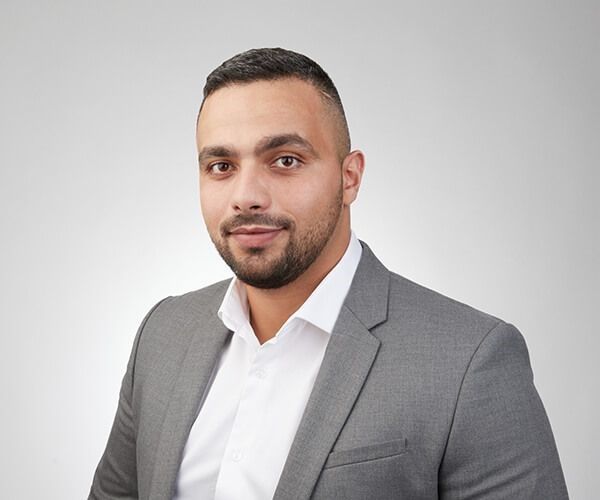 Yanis began his professional career in the UK as a B2B Sales Assistant in France for the Fields Group, a leading European SME in data recovery services for businesses.

After a few years he joined the British group Quartix, the European leader in geolocation systems, as B2B Sales Manager for France and Switzerland.

After a draconian selection phase, he was able to join the British recruitment firm Franck Recruitment Group, world leader in IT and Technology recruitment services. In which he underwent several months of training at the group's headquarters in Newcastle (England).

During these 2 experiences he developed his commercial skills but also discovered the exciting and constantly evolving fields of IT and new technologies.

Feeling the need to further develop human contact and proximity, he decided to direct the rest of his career towards the world of recruitment in order to combine his affinity for new technologies, commercial development and of course human relations !

After passing his exams internally, he was able to join the London office of "La City" as an IT Recruitment Consultant in France specialising in ERP Sage (X3, 100, 1000) for end-customers and integrators in France and Switzerland.

Wishing to move closer to France after several years in the UK, he accepted a position as Team Leader & IT Recruitment Consultant and thus relocated to French-speaking Switzerland by joining the Geneva-based recruitment firm Axepta SA.

A human-sized firm covering the engineering and IT professions throughout French-speaking Switzerland, its missions were to train and manage junior IT recruitment consultants. And to develop and manage key accounts in Switzerland for recruitment missions for permanent and freelance positions.

Wishing to come back to France, he joined the recruitment firm "Danem People" as associate director and team leader "It & Digital".

Today, he leads the team of consultants and recruitment managers for IT & Digital. He also acts as a "headhunter" for permanent and freelance recruitment assignments throughout France and Switzerland.

Passionate about technological innovations, he is constantly looking for new "ecofriendly" solutions to enable "Danem People" to satisfy clients and candidates while improving the working environment.

The team is made up of a core group of passionate people in the fields of recruitment, assessment and career counselling.

Invested, rigorous and passionate about their profession, our employees respect a simple motto with regard to companies and candidates:

We believe in everyone's talent and our team is the essence of our philosophy!

Many of our consultants have been trained in the field of recruitment and are graduates of retraining programmes. All of them have the qualities and values that are essential to successfully carry out their mission within Danem People.

Our diversity is our DNA, it is our asset to find you the best candidates and the best jobs on the market!

Helping companies to fill their skilled technicians, specialist engineers and consultants' positions within the “Engineering” and “IT & Digital” sectors across in the UK.

Recruitment and HR consulting firm specializing in Engineering / IT & Digital. Danem People Switzerland supports its clients and candidates throughout Switzerland and internationally.